Join us for a LesFic Mini Festival featuring seven terrific authors. There will be readings, panel discussions, and book signings. Free admission, refreshments, and book drawing. For more information, keep an eye on our Facebook page.

We’re partnering with a local independent bookstore, Malvern Books, to have two events this fall. The format will be a meet & greet where fans will have an in-depth opportunity to become acquainted with their favorite authors. There will be ample time for readings and questions, plus we’ll have refreshments and drawings for free books. 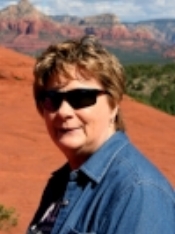 Jaycie Morrison is a second generation native Dallasite who is also in love with Colorado and now splits her time between the two. As a youngster, she and her friends entertained themselves making up and acting out stories featuring characters from popular TV shows or favorite bands—lots of action and a little romance even then! A voracious reader, she always wondered what it would be like to write a book and found that once she started, it was almost impossible to stop. In her debut novel, Basic Training of the Heart, she combines her love of the written word and of history. The newest release, Heart’s Orders, continues the series but can also be read as a standalone story. When she’s not writing, Jaycie may be hiking, experimenting with gluten free cooking, or pretending to be a rock star. 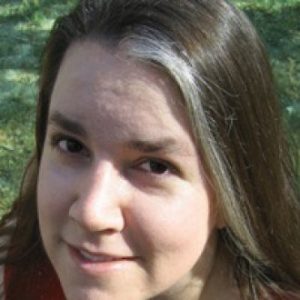 Barbara Ann Wright pens fantasy and science fiction novels and short stories when not adding to her enormous book collection or ranting on her blog at barbaraannwright.com. She says that her writing career can be boiled down to two points: when her mother bought her a typewriter in the sixth grade, and when she took second place in the Isaac Asimov Award for Undergraduate Excellence in Science  Fiction and Fantasy Writing in 2004. One gave her the means to write and the other gave her the confidence to keep going. Believing in oneself, in her opinion, is the most important thing a person can do.

Barbara’s short fiction has appeared twice in Crossed Genres Magazine and once made Tangent Online’s recommended reading list. She’s published ten novels with Bold Strokes Books. Her first novel, The Pyramid Waltz, was one of Tor.com’s “Reviewer’s Choice” books. It was also a “Foreword Review Book of the Year” award finalist as well as a GCLS Goldie finalist. In addition, The Pyramid Waltz  won the 2013 Rainbow Award for Best Lesbian Fantasy and made Book Riot’s “100 Must-Read Sci-Fi Fantasy Novels By Female Authors.” Barbara has been the recipient of four other Rainbow Awards, and her novel, Coils, was a finalist in the 2017 Lambda Awards. Her latest novel is The Tattered Lands.

Barbara lives in the Austin area with a small army of pets, and she’s not afraid to sic them on her critics. Contact her at: zendragreatandterrible@gmail.com or find her on Twitter at @zendragandt. She’s also on Facebook and has a YouTube channel.

An Evening with Lacey Schmidt 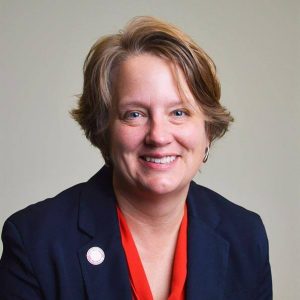 By day, Dr. Lacey Schmidt is a “corporate” suit. She runs her own company, Minerva Work Solutions, and serves as the Executive Director for Faculty Development at the University of Houston. When she sheds her daytime persona, Lacey morphs into other roles: poet, artist, adventurer, and novelist. In the latter instance, she has published three lesfic romances with Affinity Rainbow Publications: A Walk Away, Catch to Release, and Playing With Matches. In addition, a drama/thriller, A Badge Washed Up, will be available Summer, 2019.

Lacey is married and lives in Houston. She and Laura have several furry children: Oberon, the tabby terrorist, and his sidekick, Sabina, plus two couch loving canines, Misha and Nakita. Playtime for Lacey involves doing barrel rolls in a T-38, swimming with barracudas in the Caribbean, and flying NASA’s shuttle simulator.